The Black Lives Matter movement is setting online fundraising records. In just one day alone, The Minnesota Freedom Fund raised $20 million. People want to support causes that make a difference to so many people and they want to be a part of history. Unfortunately scammers know no boundaries. They’re now using the Black Lives Matter movement to steal personal information and money. With emotions running high, not everyone is savvy to their scams and supporters are being victimized.

Shortly after the death of George Floyd, an advertisement appearing to come from KFC emerged. This advertisement offered support for the Black Lives Matter movement then went on to offer customers $20 off. When scanning the QR code, users were brought to a page requesting that they enter their name, email address, and other personal information. They were given the impression that their coupon would be emailed to them and were given the option to sign in support of or donate toward the Black Lives Matter movement. 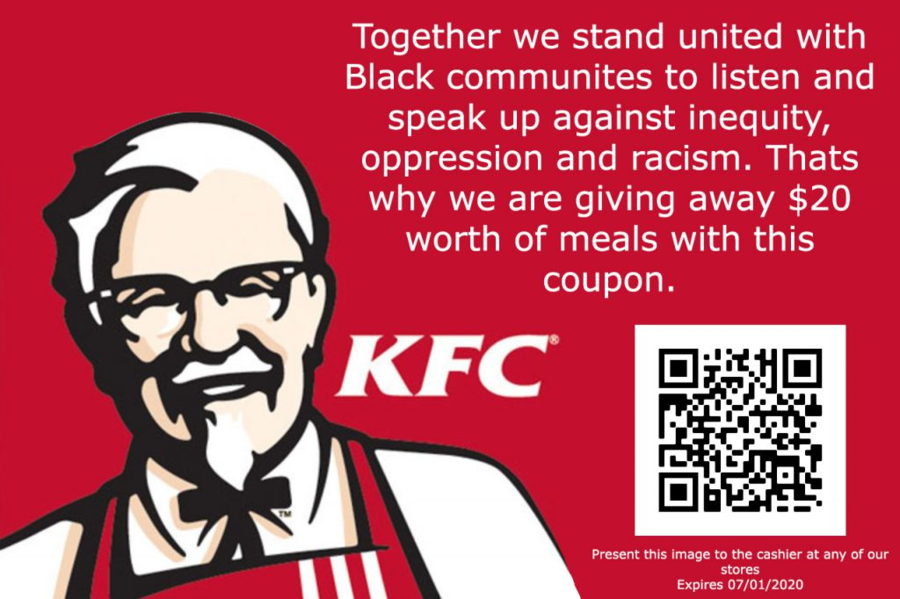 The problem was that KFC never provided a coupon code for BLM supporters. The information supporters provided to secure their coupon and the donations they made were sent to scammers to do with as they pleased instead.

Scammers create fake charities and fundraising pages to prey on those offering support. They might create a fake copy of a website belonging to a well-known charity, create a phony charity of their own, or create “middle-man” websites that allow you to donate to multiple charities from one portal. When using a website created by a scammer, not only will the money you donated go straight to the scammer, but they also have your financial information to use or share as they wish.

Many supporters of the Black Lives Matter movement found their computers infected with malware. Malicious websites and emails asked supporters to download a form to share their stories and words of encouragement and then send it back. Unfortunately some of those websites included malware in a file titled e-vote_form_3438.doc, along with their form downloads. This malware, called TrickBot, is designed to steal login credentials saved within infected users’ browsers, session cookies, and more.

A phishing scam is going around asking people to vote anonymously for a Black Lives Matter campaign. This email, sent under the name of “Country Administration” requests that receivers of the email anonymously show their support by filling out a form on a website linked in the email. So many supporters are falling victim to this phishing attempt because they want to support the black community in any way they can.

How to Avoid BLM Scams